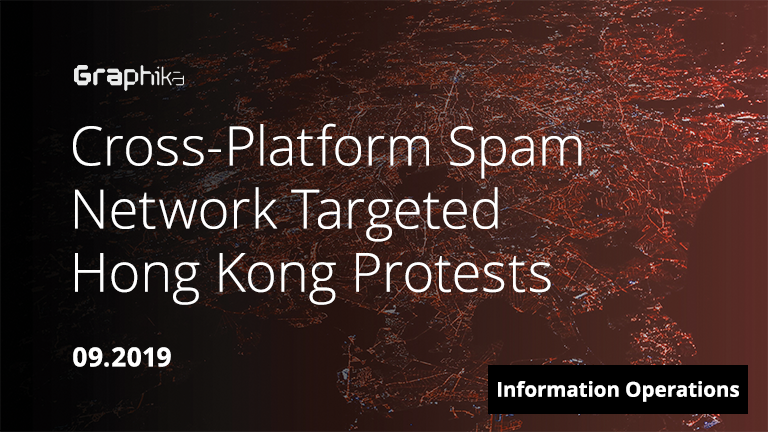 An active and prolific, but ultimately low-impact, cross-platform political spam network in Chinese boosted attacks on the Hong Kong protesters by using hijacked or fake accounts on YouTube, Twitter, and Facebook well into September 2019, an investigation by Graphika reveals. The behavior appeared designed to support the Chinese government and discredit its critics, both at home and abroad.