We’re the Cartographers of the Internet Age.

Graphika leverages the power of artificial intelligence to create the world’s most detailed maps of social media landscapes. We pioneer new analytical methods and tools to help our partners navigate complex online networks.

The world’s most prestigious universities and think tanks partner with Graphika and use our maps to critically analyze the online public sphere. We proudly support groundbreaking work on disinformation and its dissemination online, the effects of censorship, political polarization and filter bubbles, and others.

Graphika partners with leading research institutions to advance our capabilities while informing public discourse on the flow of influence and information within large-scale social networks. 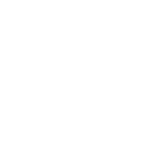 Graphika’s channel partners match clients with Graphika services in a wide array of industries all over the world. 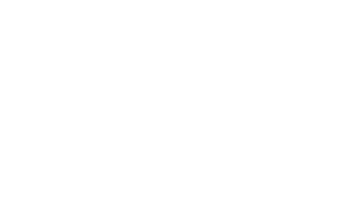 As a result of the continued public work, testimony, and publications written by and about our science team, Graphika continues to become the foremost thought leader in network science, while continuing to create unprecedented transparency around complex data for our clients and partners, and supporting human rights through our volunteer work.

We Bring Clarity to Complex Social Networks, Analyzing How They Form, How They Evolve, How They Are Manipulated.

Graphika is a network analysis firm, founded in 2013 by John Kelly Ph.D., a pioneer in this field who has been using data science to study social networks for over a decade and has testified before Congress on his research.

They unlock new insights around scale, true impact, structural anomalies, bridge communities and accounts. They enable the discovery of anomalous network patterns, and teach us about unique network features.

Our maps are powerful and versatile.

Graphika is proud to be an R&D focused company.

Graphika Labs partners with leading world institutions to push the edge of network analytics applied to social contagions, and their work is supported by prestigious and competitive research programs and public interest foundations. Graphika is always innovating.

Our interdisciplinary team of analysts and investigators is best in class.

We use our revolutionary patented technology to map, visualize, and measure social media as a network of actors, so you can discover what you don’t know — helping you achieve, unlock, and activate unknown potential.

Graphika detects strategic influence campaigns online and at scale by analyzing network anomalies and identifying objects propagating through our network maps with a high degree of social contagion that are likely to quickly reach virality.

Our deep analysis of network relationships yields highly detailed segmentation and works across every language group, geographic region, vertical market, and business priority based on what people do, not just what they say.

Learn How the Platform Works

Always Innovating with the Brightest Minds

Graphika is at the forefront of research into advanced computational social science and regularly participates in innovative efforts alongside academic institutions, non-profits and think tanks.

We’re obsessed with R&D. We have a lab that constantly pushes the needle of network science. We work with the best and brightest minds in the country, with partners like Harvard, Oxford, and DARPA.

A lot of our work is motivated by our belief that the Internet should be free and open, and by our desire to protect citizens from censorship and oppression. We work with NGOs like Amnesty International, Human Rights Watch and others who come to us for expertise and help.

Graphika found that among a dense network of 14,000 QAnon-promoting Twitter accounts it has been tracking, 60% are now inactive. That splintering makes it harder for harmful, even violent ideas to gain traction — and less likely that unsuspecting Twitter users will stumble across them.

QAnon and Pro-Trump Online Forums Are Struggling and Fracturing in Aftermath of the U.S. Capitol Siege

A report evaluating Twitter’s Jan. 11 enforcement action against QAnon accounts, released by network analysis firm Graphika on Friday, underscores the power mainstream social media sites have to squelch hateful, violent and conspiratorial conversation when they choose to. Graphika found that more than 60 percent of a densely clustered network of nearly 14,000 QAnon accounts are now inactive.

Inside a Pro-Huawei Influence Campaign

First, at least 14 Twitter accounts posing as telecommunications experts, writers and academics shared articles by Mr. Vermulst and many others attacking draft Belgium legislation that would limit “high risk” vendors like Huawei from building the country’s 5G system, according to Graphika, a research firm that studies misinformation and fake social media accounts.

Ahead of the U.S. vaccine rollout on Monday, Melanie Smith, head of analysis at the social media research firm Graphika, told Yahoo News that much of current QAnon conversation around covid vaccines seemed to be driven by scientists and doctors, including former employees of the pharmaceutical companies involved in developing the vaccines.

The researchers, from the network analysis firm Graphika, said it was the first direct reference to Biden from the Chinese network. They also found persistent sloppiness in the videos overall, such as odd translations and a poor grasp of spoken English. An apparently automated voice, for example, said “us” for “U.S.” One video had words appear on-screen in English and Chinese saying the confusing phrase, “Cast A Chestnut In The Fire Will Burn Themselves With Fire.”