Always Innovating with the Brightest Minds

Through our focus on technology R&D, Graphika is committed to advancing our social network analysis, machine learning and AI capabilities to better service clients and research partners.

Detecting strategic influence campaigns online and at scale by analyzing network anomalies across three dimensions (network, semantic, temporal) and their intersections. Born out of intense, multi-year research on disinformation campaigns.

Anticipating virality of strategic influence campaigns. The Contagion Monitor™ identifies objects propagating through the networks maps with a high degree of social reinforcement that are likely to quickly reach virality.

Developed through a multi-year MINERVA grant, with the partnership of Cornell University and Johns Hopkins University Applied Physics Laboratory.

Graphika is deeply committed to doing our part to protect the integrity of the 2020 United States presidential election. To this end, we have joined the Election Integrity Partnership to detect and mitigate the impact of attempts to prevent or deter people from voting or to delegitimize election results.

State-controlled media outlets and official public diplomacy accounts in China, Iran, and Russia are focusing on the anti-racism protests in the United States, but they are primarily doing so in a way that furthers their existing narratives, rather than stoking American divisions.

Deep learning models for heterogeneous graphs allow us to overcome traditional analytical limits to efficiently scale our work at Graphika to tens of millions of nodes with hundreds of millions of edges.

Graphika's Chief Innovation Officer Camille Francois has been named to MIT Technology Review’s annual list of “Innovators Under 35” as a Visionary.

Graphika’s thought leaders have pioneered the field of cyber-social network analysis since its inception and remain the most trusted experts consulted by leading academic and government institutions.

Facebook took action against a network of over 900 pages, groups, and accounts on its own platform and on Instagram that were associated with “The Beauty of Life” (TheBL), reportedly an offshoot of the Epoch Media Group (EMG). These assets were removed for engaging in large-scale coordinated inauthentic behavior (CIB).

On December 6 - acting on information shared by Graphika - Reddit banned 1 subreddit and 61 accounts that the company believed were “part of a campaign that has been reported as originating from Russia.” Twelve of the accounts had been involved in amplifying a high-profile leak of UK government trade documents; many of the remaining had not been previously exposed.

The unredacted UK-US trade documents that leaked in the lead-up to Britain's general election were amplified online in a way that closely resembles the known Russian information operation “Secondary Infektion.” The similarities to Secondary Infektion are not enough to provide conclusive attribution but are too close to be simply a coincidence.

Facebook announced the takedown of 50 Instagram accounts posting about US social and political issues and the 2020 election. Facebook concluded that the operation “originated from Russia” and “showed some links to the Internet Research Agency (IRA)”, the Russian “troll farm” that previously targeted US audiences and the United States presidential election in 2016.

An active and prolific, but ultimately low-impact, cross-platform political spam network in Chinese boosted attacks on the Hong Kong protesters by using hijacked or fake accounts on YouTube, Twitter, and Facebook well into September 2019, an investigation by Graphika reveals. The behavior appeared designed to support the Chinese government and discredit its critics, both at home and abroad.

The IRA and Political Polarization in the United States

On behalf of the U.S. Senate Select Committee on Intelligence, Graphika and Oxford’s Internet Institute co-authored this study on the extent of foreign influence in the 2016 presidential election.

Graphika’s Vladimir Barash and George Washington University co-authored one of the largest analyses to date for the Knight Foundation on how fake news spread on Twitter during and after the 2016 election campaign.

Polarization, Partisanship and Junk News Consumption over Social Media in the US

What kinds of social media users read junk news? This piece co-authored with a team from the Oxford Internet Institute examines the distribution of the most significant sources of junk news in the three months before President Donald Trump’s first State of the Union Address. 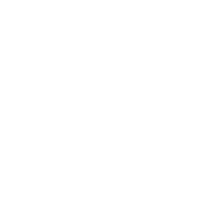 Graphika’s John Kelly, with Helmi Noman and Rob Faris, co-authored this piece for the Berkman Klein Center for Internet & Society at Harvard, that analyzes the sharing of information on Twitter among different political groups related to the ongoing conflict in Yemen.

Killing The Truth: How Russia is fueling a disinformation campaign to cover up war crimes in Syria

The Syria Campaign with research and analysis from Graphika and Shilpa Jindia | December 20, 2017

The Syria Campaign's report with research and analysis from Graphika demonstrated how online bots and trolls contributed to a Russian-backed disinformation campaign to smear Syria’s rescue workers, the White Helmets. View Case Study

Social media provides political news and information for both active duty military personnel and veterans. This piece co-authored with a team from the Oxford Internet Institute analyzes the subgroups of Twitter and Facebook users who spend time consuming junk news from websites that target US military personnel and veterans with conspiracy theories, misinformation, and other forms of junk news about military affairs and national security issues.

Complex Contagions and the diffusion of popular Twitter hashtags in Nigeria

Using the #bringbackourgirls hashtag, the authors of this paper, including Graphika's Science Director, Vladimir Barash, identify the point at which a local social movement transforms into a more widespread phenomenon, providing the foundation for the Contagion Monitor technology.

Graphika Labs staff provide in-house expertise and connections to major research institutions. Graphika Labs is equipped with unique tools for solving the hardest problems in computational social science. Through it all, Graphika Labs maintains a firm commitment to rigorous and ethical research at the intersection of industry and academia.