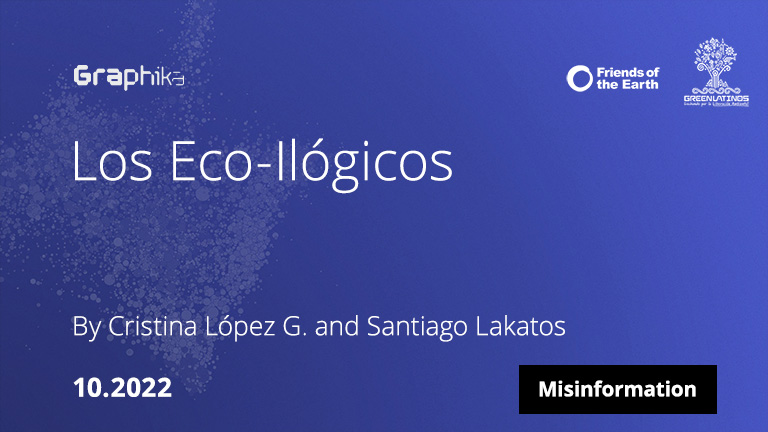 Ahead of the 2022 U.S. midterm elections, reporters, researchers, and lawmakers have sought to understand the spread of false and misleading information among U.S. Spanish-speaking communities online. These efforts have focused on topics including immigration, COVID-19 vaccines, and electoral fraud, but relatively few have examined how the same dynamics impact Spanish-language conversations about climate change.

Green Latinos, with support from Friends of the Earth, commissioned Graphika to study how false and misleading narratives about climate change reach U.S.-based Spanish-speaking communities online. Our analysis aimed to understand how these narratives spread through the online ecosystem  of Spanish-speaking Internet users, the groups and individuals who seed and disseminate them, and the tactics these actors employ.

Through this analysis, we identified a sprawling online network of users across Latin America and Spain that consistently amplify climate misinformation narratives in Spanish. While some of these accounts focus specifically on climate-related conversations, the majority promote ideologically right-wing narratives, some of which touch on climate change. Accordingly, the most influential accounts in this network are users with a libertarian or right-wing outlook who command a large, international Spanish-speaking audience across multiple social media platforms.

The actors in this network appear to act primarily as an amplifying force for climate misinformation, often translating content from English-language sources rather than originating the narratives themselves. Many of the narratives we identified also overlapped with existing online conversations unrelated to climate change, such as COVID-19 misinformation or conspiracy theories about a secret ruling organization of totalitarian, global elites.

This report is non-exhaustive and benefited from previous studies by the academic and open-source research communities. We hope our findings can contribute to a better-informed understanding of how false and misleading information about climate change and other topics spread among Spanish-speaking communities online.

Below is a summary of our key findings: