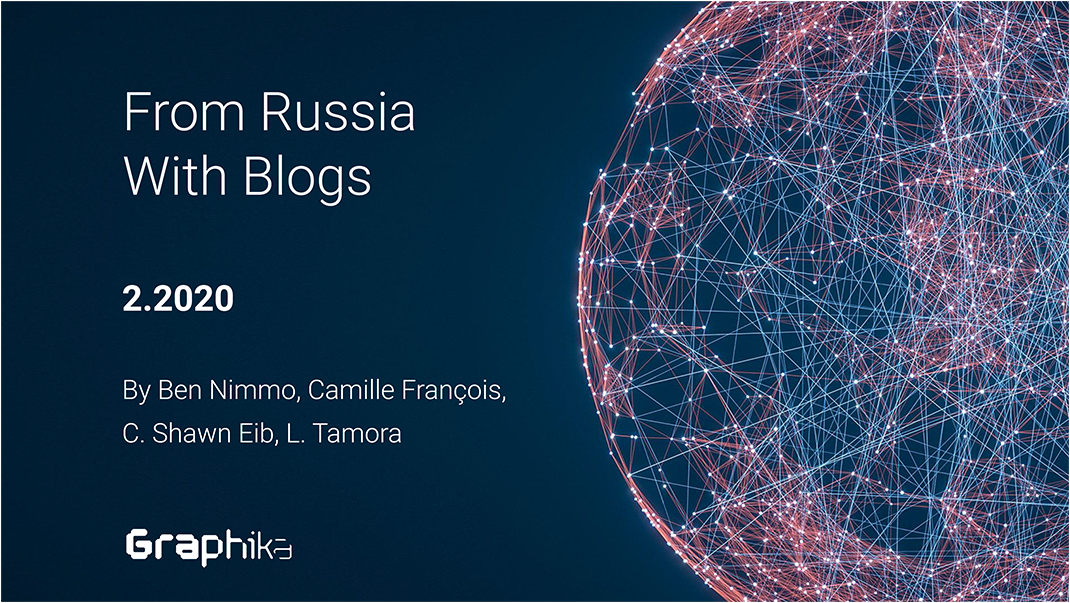 From Russia With Blogs

This report examines several campaigns manned by Russian military intelligence operators using fake accounts to influence audiences around Russia’s borders, with a primary focus on Ukraine. The accounts were initially identified and taken down by Facebook on February 12, 2020. While most of this activity occurred around 2016 and 2017, some of these accounts were still active in 2020 at the time of the takedown. The content of these campaigns is aligned with narratives traditionally promoted by Russian state-sponsored media, and with the types of content that has been promoted in previous information operations attributed to Russian operators: promoting pro-Kremlin politicians in foreign countries, attacking public figures advocating for closer ties with the West, attacking humanitarian groups involved in documenting war crimes occurring in the Syrian conflict.