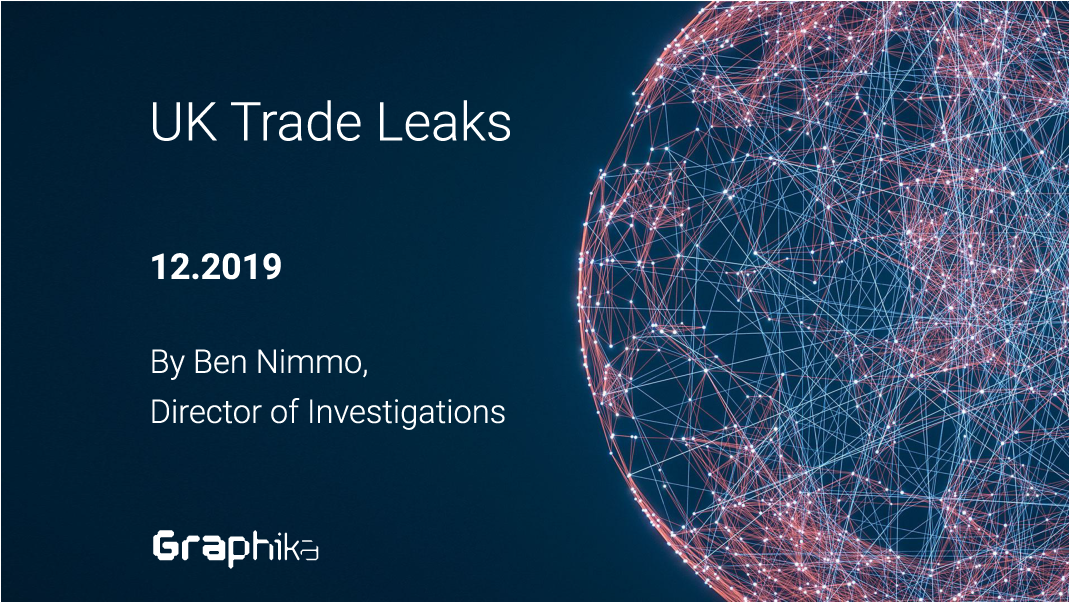 The unredacted UK-US trade documents that leaked in the lead-up to Britain's general election were amplified online in a way that closely resembles the known Russian information operation “Secondary Infektion.” The similarities to Secondary Infektion are not enough to provide conclusive attribution but are too close to be simply a coincidence. They could indicate a return of the actors behind Secondary Infektion or a sophisticated attempt by unknown actors to mimic it.