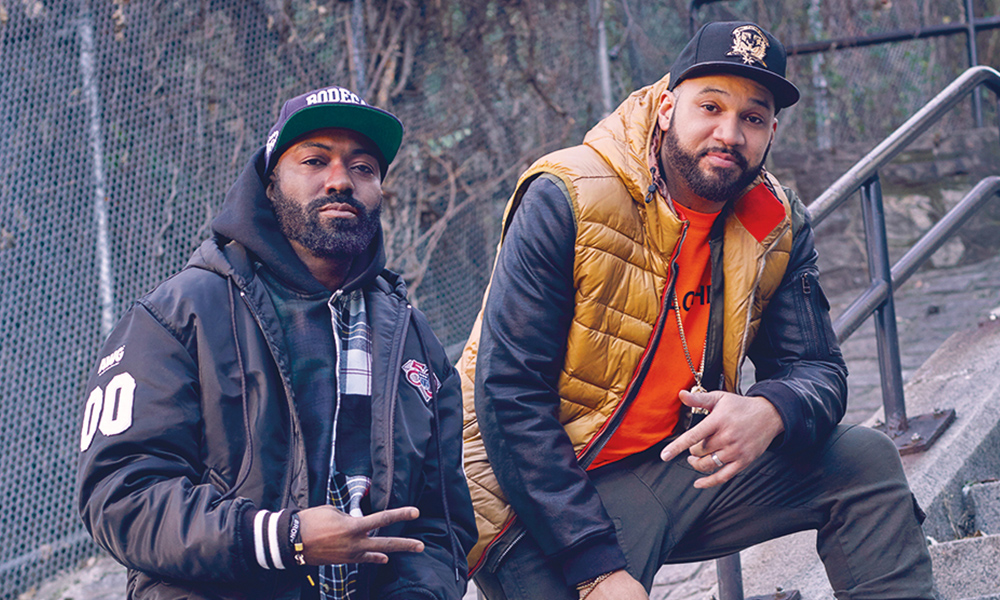 The Desus and Mero Story

One of the most elusive problems in social science is the prediction of hit phenomena -- from transformative social movements to hit artists to virally marketed products. When Harry Potter hit the shelves, nobody knew that the book would sell over 500 million copies, spawn a series of eight movies, and become a major cultural touchstone for an entire generation of children all over the world. When the iPhone launched, nobody knew that it would spawn a multi-billion dollar smartphone industry, much less that it would transform how we look up information, entertain ourselves, and stay in touch with our friends, at a global scale. When Desus and Mero -- a couple of comedians from the Bronx -- got into an online fight with DJ Envy, nobody knew that they were on the cusp of going viral, selling out a five-borough tour, and getting a show on showtime -- but Graphika was able to predict that one.

The reason Graphika got this one right is the power of networks. We didn’t just look at the number of tweets or news articles about Desus and Mero. We looked at the relationships between people who talked about these DJs, and determined that they are a well-connected community with broad outside reach. In simple terms, we found that this community is closely engaged in conversations, so they are able to support Desus and Mero’s content in an organic way; but also that these conversations don’t get stuck in the community as if it were an echo chamber. No, conversations about the DJs reach to the broader public, and ensure that their popularity spreads far and wide beyond their most loyal fans.

Terms like well-connected community and broad outside reach tell an important story about the rise of Desus and Mero’s popularity. At Graphika, we back up stories like this one with data. The graph above shows two key data trendlines: in black, the number of people engaging with Desus and Mero; and in red, the density of network connections between these people. Density of connections in an important concept: it is the fraction of all possible connections between a group of people that actually exist. A high density indicates a very tightly connected community, such as a loyal fan base; a low density indicates a loosely connected community, such as the broader audience of people interested in an artist.

We can see something very interesting happening in the above graph: on 03/13/18 and 03/14/18, the red line stands high, indicating a well-connected community engaging in conversation around the DJs. This is the community of their loyal fans. On 03/15/18, however, the red line drops just as the black line rises. This means that the conversation moves from a tightly connected community to a loosely connected one just as engagement with the DJs rises. This transition means the conversation around Desus and Mero has achieved both initial high connectivity and broad outside reach. We call this transition point the critical mass point for viral engagement, and the graph above shows that Desus and Mero have successfully reached critical mass -- a strong indication that their popularity is about to skyrocket.

To confirm our analysis, we looked at how this short-term virality translated into medium-term and long-term trends. In the medium term, Figure 2 shows that engagements with Desus and Mero increased significantly in March 2018 (at the critical mass point) and stayed at 150% above their pre-critical mass level in April 2018. In the long term, we tracked the DJs’ popularity over 2018 to 2019. In that time period, they had a successful 5 borough tour, significantly grew their late-night TV audience, and secured a spot on the Showtime network. We saw that viral engagements with the DJs translated not just into online buzz, but also into critical and commercial success. A year later, Desus and Mero are major players in the American late-night scene.

While the prediction of hit phenomena is an extremely complex subject, and we cannot expect one algorithm to be accurate in every single case, we hope that this case study draws attention to the under-studied network dimension of popular success. Great artists create great art, but they also grow an audience that is ready to talk about their art to the world. These two patterns often, but not always, go hand in hand, and it is critical to track both when identifying the next big rock star — or late night host! — before they go viral.